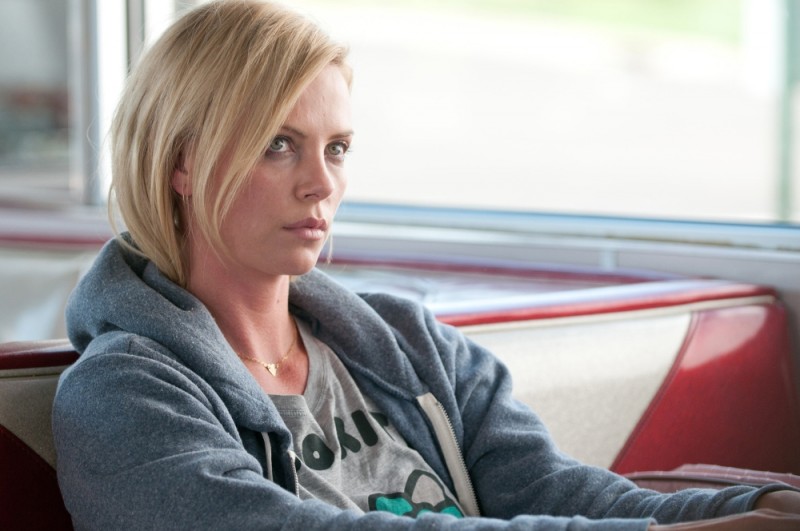 There aren’t many films about ghostwriters. There is a strangely large amount of films about architects, but ghostwriters pretty much have two movies: Roman Polanski’s The Ghost Writer and Jason Reitman’s Young Adult. While doctors can complain about the inaccuracy of their television and film representation until the cows come home, ghostwriters are stuck with just a few films.

The Plot: A Delusional Writer

Jason Reitman is, arguably, known most for his iconic teen, indie dramedy Juno. True to form, Young Adult is a darkly biting comedy focusing on dramatic inter-personal issues and character psychology. While it doesn’t give the viewer any hamburger phones, it does have some cassette-related, 90s nostalgia that feels part and parcel from Reitman.
The film follows Mavis Gary (Charlize Theron), a 37-year-old alcoholic divorcée living in the “Mini Apple,” as she journeys back to the small-town in which she grew up to try and reunite with her high school flame (Patrick Wilson). Unfortunately, her high school ex-boyfriend is happily married with a newborn daughter, and Mavis lacks the self-awareness to recognize that she is not fated to be with him. She enlists the help of a nerdy once-classmate to learn (or not learn) about herself and love in this anti-romantic comedy.

Mavis, as far as protagonists go, is a very unsympathetic character. She’s surly, selfish, egotistical, lacks almost any self-awareness, and refuses to learn from her mistakes. On the other hand, she’s a great ghostwriter. In the film, Mavis ghostwrites a series of young-adult novels (generic, teen high school dramas). What makes her so good is her habit of going to public places and eavesdropping on actual teen girls’ conversations, watching incredible amounts of teen-reality TV, and generally ingesting the dialogue and mindset of her readers. She uses this to write novels that connect strongly to her vapid teen audience.

Ghostwriting: Is it Portrayed Accurately?

While ghostwriting practices differ, Mavis receives some small amount of credit for the work she does. Her name is not on the front cover, but it is listed on the title page. Most respected ghostwriting firms don’t require any sort of credit for ghostwriting. Mavis immerses herself in teenage culture—listening in on teen conversations, watching television aimed at the teen demographic, and generally living her life like a vapid teen. This immersion in the mind of her subject is what good ghostwriters do. Unfortunately, Mavis inhabits the teenage mind so much that she becomes as emotionally unstable and immature as they can be.
In the film, Mavis works as a freelancer, which can be hit or miss in terms of quality and dependability. Generally, ghostwriting firms are trusted over freelancers for their professionalism and guaranteed dependability. Certainly, Mavis becomes unreliable during the events of the film.

How Does Ghostwriting Really Work?

Ghostwriting is a growing practice, and a great way to become an author of a memoir, business book, or novel if you don’t have the time or skill to do the writing yourself. Learn more about how you can hire a ghostwriter with Mavis’ skill but none of her unprofessionalism, and contact us if you have any questions. Our expert team of ghostwriters and editors will be happy to help you with any writing project you may have.