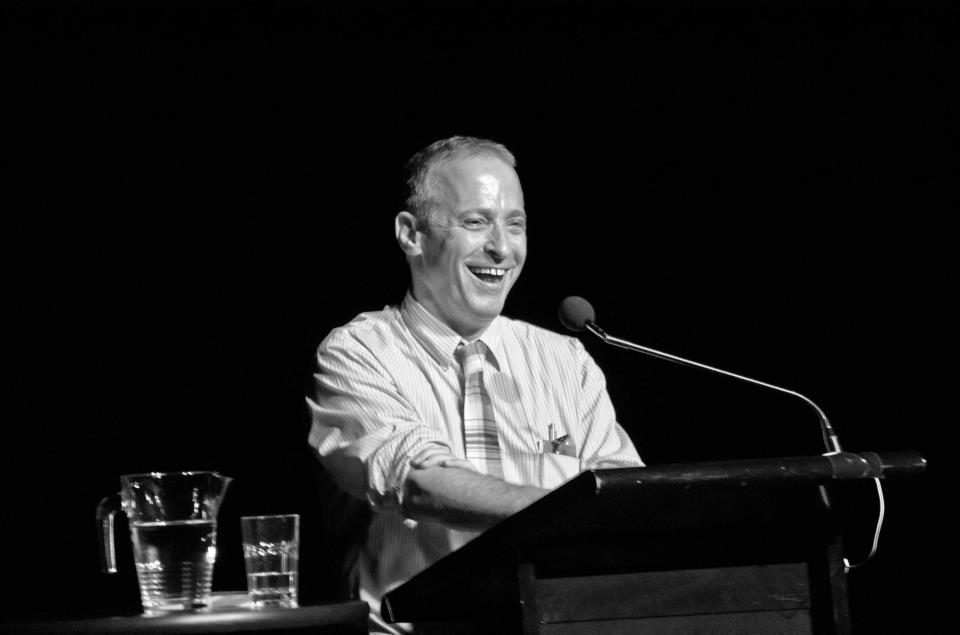 I’ve had the good fortune to hear David Sedaris read his works on a number of occasions, and as much as I love reading his hilariously honest, irreverent, and insightful short stories and memoirs, I love hearing him speak them aloud even more. Yes, he’s turned his works into audio recordings and he has even offered his voice talents to a few of the selections (especially the odder, less personal tales), but there is something phenomenal about seeing him read his works live, in person, in the flesh.

Why, you ask? Because it is also a chance to catch a glimpse into the way he writes.

Consistently, the seats at his readings are filled with ardent fans who are there to laugh and think deeply about their lives and society—and perhaps with a smattering of curious literary tourists who just want to hear for themselves the peculiar and pleasing voice that Sedaris himself describes as being easily mistaken for a woman’s. I recall the first time I was in the audience to hear Sedaris give a reading, when I had no expectations beyond witnessing his wit; I had no idea I would love the experience enough to attend future readings of his again and again.

At other readings I’ve ever attended, the author usually stands at the podium with their published work, gradually easing into the rhythm of their own words and the story of their own crafting. They are—perhaps nervously, perhaps confidently—exhibiting a finished product for the audience’s enjoyment and assessment. They are not inviting you into their process; rather, they are presenting the results. On the other hand, each time I’ve seen David Sedaris give a reading, he is armed with a mighty tool that is nowhere to be found at the average Barnes & Noble event: a pencil.

Yes—believe it or not, this successful and celebrated author equips himself with a pencil as he stands before his vast and adoring audiences. When Sedaris takes the stage and calmly sips his water, I have the distinct impression that what I am about to witness is both a public and a private event. As Sedaris begins to read, I feel transported into the mind of the writer; I have the sense that I am seeing into his process. This sense is confirmed by the intriguing countermelody being played by his dominant hand, for as he reads his words from unbound, letter-sized pages, he frequently picks up his pencil and makes edits to his work, all without missing a beat in his reading. He delivers not only an effortless and expert performance, he is also engaged in an editing session, a run-through, a chance to hear how the words sound aloud.

We know when writing flows because our minds can move beyond individual words and instead focus on the cadence of the language, the structure of the story, the overarching themes of the book. Seeing Sedaris deliver his work, it’s clear that he accomplishes the flow in his writing by reading it aloud, and by never, ever being done with the subtlest of refinements—even when in front of a crowd.
By Satya Celeste