Why Adverbs Are (Almost Always) a Bad Idea 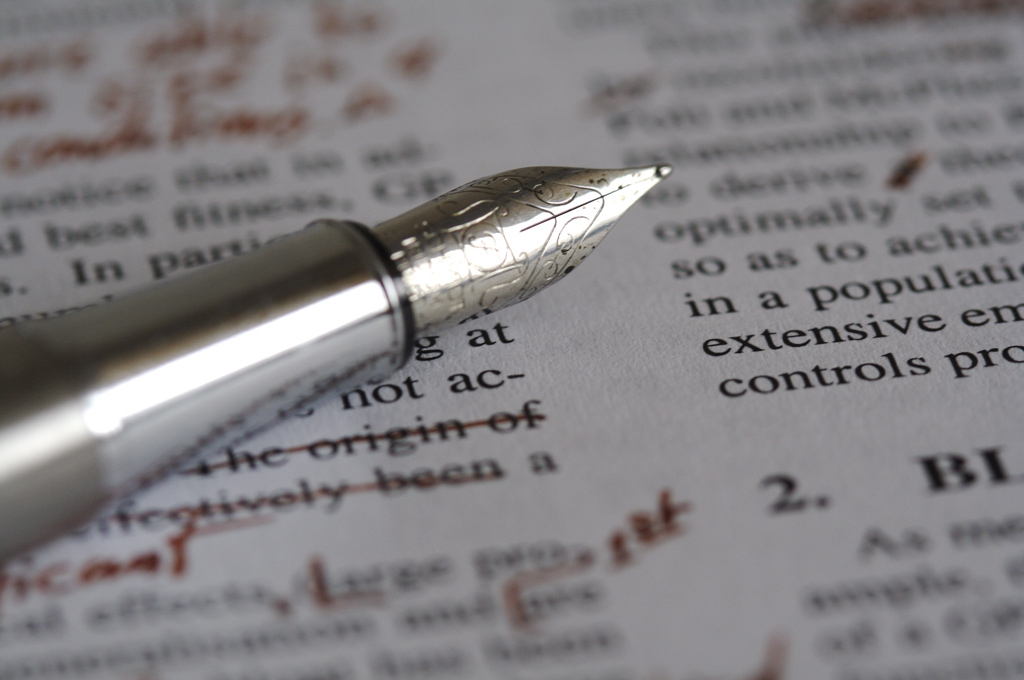 This sentence has a problem:

She ran quickly down the street.

This sentence has an even bigger problem:

Panting forcefully, with arms wildly flailing, she ran quickly down the street.

Can you guess? They are weighed down with too many adverbs. For beginning writers, the impulse to tell how an action is performed leads to sentences like those above.

Let’s take a look at the last paragraph, and swell it up with adverbs:

Can you guess? These sentences are heavily weighed down with too many adverbs. For many newly beginning writers, the impulse to clearly tell how an action is being explicitly performed commonly leads to sentences like the ones above.

It’s quite a mouthful, no? We don’t need “heavily weighed,” as the weight we’re talking about is figurative to begin with, and “weighed” is enough to convey our meaning. “Newly” is unnecessary because “beginning” already implies it. We don’t need “clearly” because the surrounding context lets us know how it is being told. You get the idea.

I know the feeling—you might want to tell us that she ran down the street quickly. If I don’t write “quickly,” you might be thinking, how are they going to know how fast she ran? She could, after all, be drunk or a terrible runner. In the former case she might be running “stumblingly” or, in the latter, “pathetically.”

You think you need to tell us how she was running, but you don’t. If you’ve done your job in the surrounding description, we have a pretty good idea of her speed. Let’s try,

She ran down the street. Her soles made staccato claps on the pavement.

Maybe a little purple, but the sound of her soles clapping the pavement is far more visceral than “quickly,” and it gets the point across.

“Show, don’t tell” is an age-old maxim in writing.

We don’t want to tell readers that she ran down the street; we want to show them with something visceral. Good writing engages the readers’ senses, while terrible writing states what is happening on the page.

If bad writing were a sport, Amanda McKitrick Ros would be its Michael Jordan. Her books are filled with prose so surreally bloated (adverb, I know) that they achieved immortality. If you never read a page of Ros, her titles ought to tell you something. Poems of Puncture, Fumes of Formation, and Delina Delany are among the most egregious offenders.

Her work isn’t just bad; it’s radioactively, eye-gougingly awful. The Inklings (a literary group whose members included C. S. Lewis and J. R. R. Tolkien) used to read her work aloud as a game: whoever could last the longest without laughing won.

Did Ros use adverbs? You bet she did. She used them copiously, excessively, unfortunately, misguidedly, tell-don’t-showingly. From Irene Iddesleigh, her first contribution to the art of the written word:

Wringing her hands in wild despair, Marjory touchingly prayed for speedy release from such cruel torture, and opening the door for the last time she carried her mistress into the corridor, and there deposited her until again locking the giant block of oak, then she lightly tripped down the ashen steps, along the corridors, until at last she reached the open door of Rachel’s room. Pausing for a moment lest the housekeeper might be awake, she satisfied herself this was not so. She then courageously entered and safely deposited the key in the exact spot whence she took it, retracing in a wonderfully quiet manner her shaking footsteps until arriving to convey her precious charge to a place of safety. Clasping Lady Dunfern once more in her arms, she crept down the chilly steps of fate along the well-padded paths of tapestry, down numerous flights of wiry-carpeted stairs, until finally reaching the lofty hall, where she paused for an instant, being a complete example of exhaustion, and dreading the least delay, approached the door with safety. She then deposited her ladyship on a lounge that lay right behind it until she secured the key which from previous observation she noted, in case of emergency, hung on a silver hook not eight feet distant.

Marjory may have “touchingly prayed,” but anyone able to stomach this much of Irene Iddesleigh will remain (thankfully, perhaps) untouched. This passage suffers from much more than inflammation of the adverb. From nearly every noun grows an adjective, and her sentences (defiantly long and artless) are far too convoluted. Even beyond her overuse of adverbs, Ros’s work is a primer in every kind of overwriting. At this point, you should be able to spot how adverbs make the paragraph above, already no looker, even uglier.

Through reliance on adverbs, a writer may say a great deal but will rarely say it well. Before you use an adverb, ask yourself if it’s necessary and if there’s any other way you could phrase the sentence. If you want your prose to be digestible, it’s often best to hold the adverbs.

Need help? Work with a ghostwriter!

If you’re not sure where you can trim adverbs or how to make your prose show rather than tell, we can help you out. You can work with one of our professional ghostwriters or editors! Our professional ghostwriters and editors can help you turn your rough draft into a fully realized book. Contact us today to find out more about our comprehensive book-writing and book-editing services.