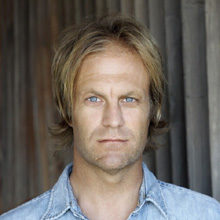 When Norman Ollestad reached out to Kevin Anderson & Associates (KAA) in 2008 about his debut memoir, he had a rough draft in hand and was seeking editorial help. He was an unknown author with an incredible story, and he believed it could resonate with a wide audience.

KAA had a series of editors, of various demographics, review the book and provide feedback and editorial support through several rounds of review. Ranging rom high-level review and consultation, to line-by-line editing, the KAA team and Norman worked closely together over several months until the manuscript was reader to present to an agent.

Crazy for the Storm was bought by HarperCollins’ Ecco imprint.

KAA has helped Norman with two subsequent novels, French Girl with Mother (Counterpoint, 2016) and Gravity (Kindle Single, 2015), and is currently at work on a fourth.