Kim Perell collaborates with KAA to write her business book, secure a book deal, and launch a WSJ bestseller 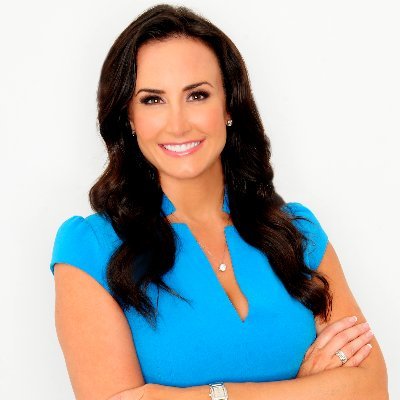 Entrepreneur and angel investor Kim Perell came to KAA in 2019 for help with writing a book, intending to elevate her business mentorship platform with its publication. What started as a business move turned into a lucrative pub deal with HarperCollins, a ton of media coverage (including a spot on the The Today Show), and a rank on multiple bestseller lists, including the Wall Street Journal, for her book, Jump: Dare to Do What Scares You in Business and Life.

Kim was laid off from her first job out of college at an internet startup. Rather than looking to work for someone else, she borrowed $10,000 from her grandmother and started her first business from her kitchen table. She grew that company to an annual revenue of over $100 million, sold it, and was a multi-millionaire before her thirtieth birthday. She sold her last company to Singapore Communications for $235 million. With a strong desire to pay forward her own success, Kim has become the U.S.’s top female angel investor.

Kim’s book-writing journey with KAA’s team began with a series of strategy meetings to develop a book concept and publishing plan that would align with her professional goals. She had already started to build a following, and had written and published a book previously, but this time, her goals were to land with a Big-5 publisher, hit the major bestseller lists, and bring her message to a mass audience. KAA’s team worked closely with Kim to develop a book proposal that captured her vision: introducing a robust marketing and pub-launch strategy and detailing why the book’s concept was in demand and marketable.

Once drafted, Kevin Anderson reviewed and edited the proposal before submitting it to editors at all of the Big-5 publishing houses. KAA handled the submissions and interview process while also guiding Kim on the advantages and disadvantages of the ensuing publishing offers. This led to Kim to sign a pub deal with HarperCollins Leadership–the publisher behind big bestsellers by Rachel Hollis, Tilman Fertitta, and Tom Golisano.

After the deal was signed, the KAA team worked with Kim to draft the manuscript according to her style and vision while they began to build her pub-launch team.

Upon finishing the manuscript, Kim elected to have it beta tested with target readers, allowing KAA’s writing and editing team to make editorial adjustments based on the data. Kim’s publicity campaign, pre-order push, and book-marketing strategy were also ramping up around this time with the help of a cohesive and collaborative team of leading publicists, book-marketers, and launch strategists.

In spring of 2022, all Kim’s hard work and strategic planning paid off when her book, Jump, was published to great reviews, covered by major media outlets, and landed a spot on the Wall Street Journal bestseller list. Kim is now in high demand as a speaker on entrepreneurship and angel investing, and she has been widely recognized in the media.