Aspiring author Ken Rusk approached Kevin Anderson & Associates with a rough draft of his book in hand. He wanted it professionally reviewed and edited in order to target traditional publishers. Lacking a significant following and a publishing track record, his odds of becoming a traditionally published author were slim.

Ken, a successful entrepreneur in the construction industry, had launched multiple blue-collar enterprises during his 30-year career. He’d worked all kinds of jobs to get there, from digging ditches to fixing leaky basements. And he wanted to share the path he took to success in the hopes of educating others. 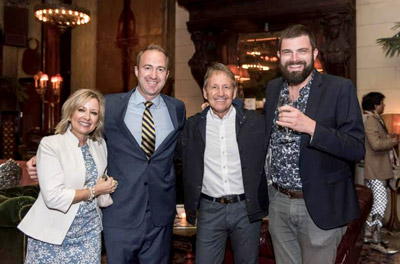 After receiving honest feedback from his KAA editorial team, Ken decided he would be better served by starting from scratch and hiring a professional ghostwriter to work with him and  develop the manuscript. Using that initial draft as background research, Ken and the writer crafted a strong book and an equally strong proposal.

Once finished, Kevin Anderson took the proposal to Celeste Fine and John Maas at Park & Fine, who offered to agent the book to publishers. Kevin also introduced Ken to a company of award-winning and talented marketers, publicists, and podcast hosts to help him launch the book and ensure it was a success.

The manuscript was sold at auction to Dey Street, a HarperCollins imprint, in a mid-six-figure deal. Ken’s publishing team at KAA advised him at every step throughout the process.

In addition, KAA handled all revisions to the manuscript requested by the publisher and developed various op-eds and other articles for the general promotion of the book.

As the July 2020 publication date drew closer, Ken appeared on Fox News, Fox Business, BOLD-TV, and the Adam Corolla podcast, and was quoted or featured on Forbes.com and in The Philadelphia Tribune, Industry Today, and Porchlight.

During weekly phone meetings with HarperCollins, Ken’s KAA team was there to assist him, reviewing the book cover and interior layout and advising him on his media and publishing strategy.

Interview, How to Money Podcast:
https://www.howtomoney.com/blue-collar-work-can-generate-more-wealth-with-ken-rusk/