Ghostwriting, Artists, and the Myth of Genius 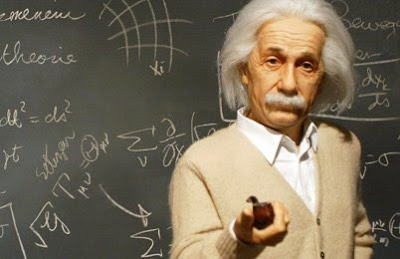 When most of us think of the term “artist,” we think of a very specific type of person. The cultural image of an artist (anything from a painter, to a musician, to a writer) is one of tortured genius, of wild fits of inspiration, of misunderstood brilliance. There is a widely disseminated idea that an artist is strange, reclusive, and somehow in touch with a wellspring of inspiration or ideas cut off from the rest of us. This idea, however, is largely new.

Before the Renaissance, artists were mostly categorized as craftsmen. Whereas the artist/artisan distinction is one that may seem clear today, the two were once essentially the same. The Romantic idea of the artist as a genius of inspiration was imposed upon the way we think about artists for a variety of reasons, not the least of which was a socio-economic desire on the part of creative workers to become “respected members of an elite.” This desire has endured throughout the past few centuries and can be seen in popular entertainment today.

While Hollywood has produced many good films about writers, it has also helped perpetuate an image of a writer as a lone genius. Rarely does a movie depict writing as just another job or craft; a writer is searching for inspiration, brushing with transcendence. In film, a writer sees more than the rest of us, a “poet is more than a man.”

As with many popular ideas, the artist-as-genius roots stretch back hundreds of years to a famous philosopher. Immanuel Kant, arguably the most influential philosopher of Modern philosophy, had some funny ideas about art. As impressive as his philosophical work is, it is important to note that he knew pretty much nothing about art. Kant was famously indifferent to visual art, and he hated all music except for military marches. This indifference didn’t stop Kant from writing and publishing the Critique of Judgment, a book about art.

Being an expert in one field, however, does not make you an expert on anything. This is not to say that Kant’s work on aesthetics is ignorant or bad—just that he might have been able to do a philosophy of art more effectively if he actually cared—or knew anything—about art. Kant postulated (or at least popularized) an idea of the artist as a genius born with creative abilities and talents to which the average person has no access.

Enter the Ghostwriter: Writers as Craftsmen

Fortunately for us, Kant’s theory doesn’t have to apply today. Creativity can be collaborative. Something about the idea of a ghostwriter can seem strange or off-putting to some. In fact, the ghostwriting model is based on a return to a pre-Renaissance, pre-Kantian treatment of creative work as craft. W.H. Auden, one of the great poets of the 20th century, envisioned a future for writing where the poet could set up shop and work by mundane commission (a poem for a wedding, a poem for a graduation, etc.). Ghostwriters are skilled craftsmen who can create a book (or other type of writing) for those who want it. The author is the client, the book is the client’s, the craftsman merely brings his or her professional skills to the creation of the book.

If you are interested in learning more about ghostwriting, feel free to peruse our website and meet our team. Or give us a call and find out how you can become an author, today!

Jul 23, 2020 KAA Welcomes Our New Executive Editor Stephen S. Power! Read More
Jul 9, 2020 What Are the Different Types of Publishing and How Do I Decide on the Best Publishing Option for Me? Read More
Oct 31, 2019 Congratulations to Tom Golisano on his book with HarperCollins Read More