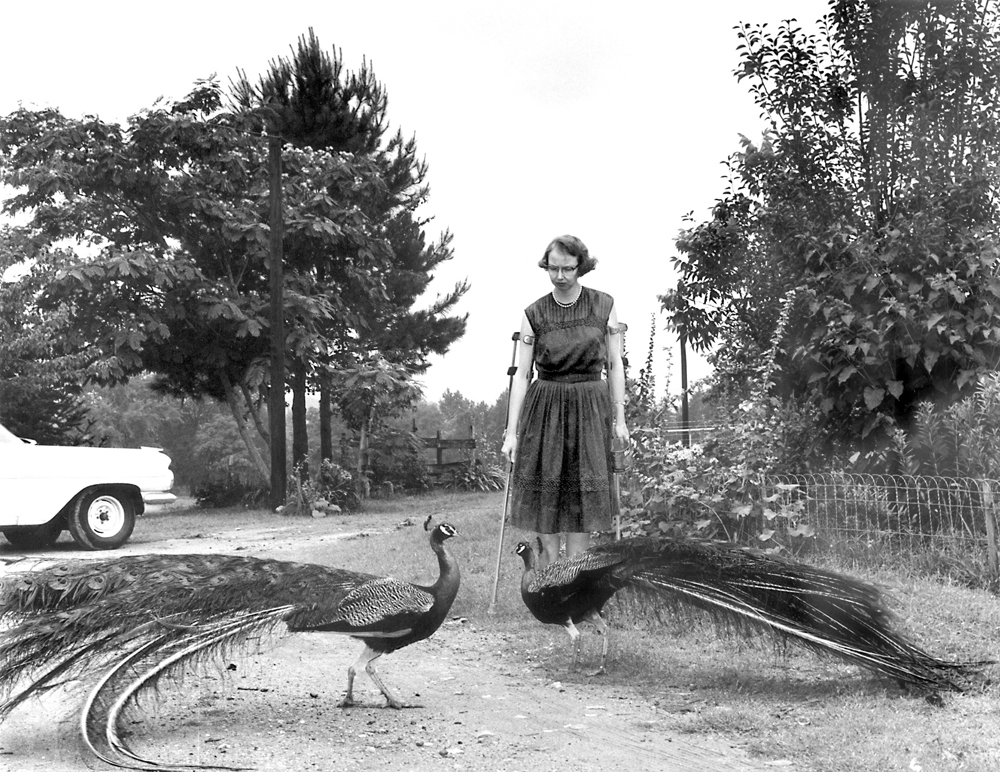 Life of a Storyteller

Born in 1925 in Savannah, Georgia, Flannery O’Connor is considered one of the greatest American short story writers of the 20th century. She attended the Georgia State College for Women, now Georgia College and State University, and went on to earn an M.F.A. from the prestigious Iowa’s Writer’s Workshop at the University of Iowa. At twenty five she was stricken with lupus, the same incurable autoimmune disease that took her father’s life when she was fifteen. Given five years to live, she returned to home to Georgia to keep company with her mother and spend her remaining days quietly on their small family farm. O’Conner exceeded her doctor’s expectations and went on to live fourteen more years. Despite the debilitating effects of her illness, she continued to write vigorously, and left us with a modest, but potent body of work including two novels: Wise Blood and The Violent Bear it Away and two collections of short stories: A Good Man is Hard to Find, and Everything That Rises Must Converge.

O’Connor didn’t allow lupus to stop her from creating art. She believed in the power of ritual, particularly as fuel for the writing life, confessing, “I write only about two hours every day because that’s all the energy I have, but I don’t let anything interfere with those two hours, at the same time and the same place.” O’Connor is best known as a fierce Catholic who wrote in the Protestant south. Crafting a style rich in sacramental imagery, she emphasized themes of violence and the grotesque to shock readers out of moral complacency. With tales of grandmothers gunned down, prosthetic legs stolen, and children drowned, O’Conner displayed her vision of violent grace penetrating the human heart to offer redemption when all pretense is stripped away. To this point she famously wrote, “to the hard of hearing you shout, and for the almost blind you draw large and startling figures.”

If O’Connor Can Be a Published Author, So Can You

While we may not all possess the same level of intense discipline Flannery O’Connor had for her work, becoming a published author is a real possibility. If you have a manuscript you have been wrestling with, or even loosely collected ideas for a book you’ve always dreamed of publishing, our editing and publishing consultation services can help you reach your goals. If writing skills aren’t your forte, but you have a vision you would like to convey to the world, hire one of our expert ghostwriters to write for you. Contact us today to learn more about the wide array of services we offer to equip authors just like you.